This weekend ended up being much busier than usual – but it was all planned, and since I’ve basically been a hermit the last couple of weeks I didn’t mind the social exertion.

I gave blood on Saturday with my friend Nate. He was coerced into donating platelets instead of whole blood, so we were there for approximately 3 hours, and it was good to catch up. Went to get brunch after, and ended up at the Row which is just down the road from JJ’s Market on Lyle. It was delicious, and such a lovely afternoon. A random lady outside of the restaurant asked me if I was a tourist after I took the picture below…no, I just like butter.

After brunch, I went home and took a power nap, then met Katie for dinner in Franklin. After dinner we went to see Gravity which was good, but we both still felt stressed-out as we were leaving the movie theater. Maybe that was the goal; not sure.

Yesterday, I met Cathy for brunch at Sky Blue Cafe, which was absolutely adorable. After eating, we went to the Southern Festival of Books and checked out the booths; didn’t stay to see anyone speak this year though. Chuck Palahnuik was the most famous author present this year, but to be honest I haven’t actually read any of his books. I should probably get on that. Yesterday I ended up with two autographed books though – the Bible Salesman by Clyde Edgerton, and the Girls of Atomic City (heh, I could look up the author…). I really ought to know more about Oak Ridge.

I spent yesterday afternoon finishing my duvet cover, which is now on my bed. Isn’t it pretty? 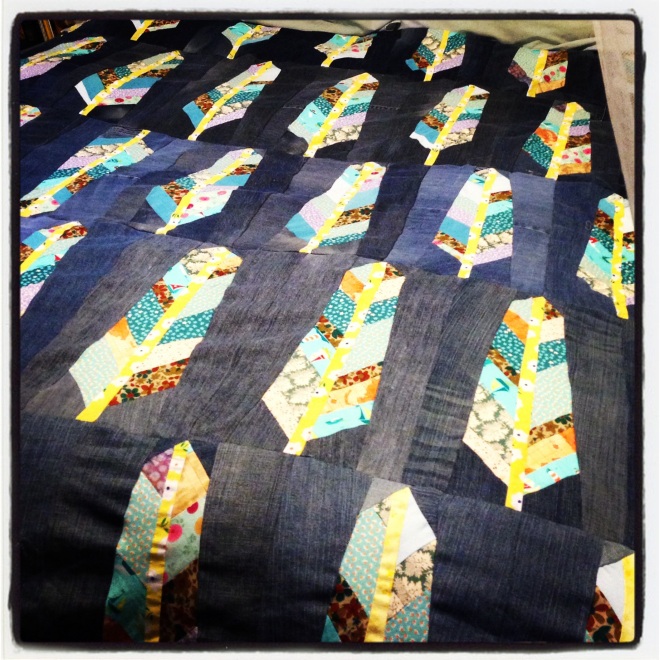 It was a good weekend overall. I’m not sure how this week will shape up, but we’ll see.