It’s so-called “Black Friday,” which I have never liked and only participated in once (and that was to get a $20 season of the Simpsons at Best Buy).  I’m at work though, and might do some online browsing to see if I can find a good price on a Blu-Ray player.  Or I might wait until Monday.  We’ll see.

Yesterday ended up being a nice day.  We successfully cleaned the house and went grocery shopping on Wednesday evening, and I made the pie as well.  Then Thursday morning we lounged around in bed for a while, then went to Waffle House for breakfast, then came back home and started peeling potatoes.  Prepped the mashed potatoes and the sweet potato casserole and stuck them in the fridge for later.  Started dressing the turkey around 12:30 or so, and had that in the oven by 1:00-ish.  This year I followed the roasting and gravy instructions much more closely than I did this summer and things turned out for the better because of that (imagine!).  I took the neck and giblets and made a stock with them while the turkey was roasting. 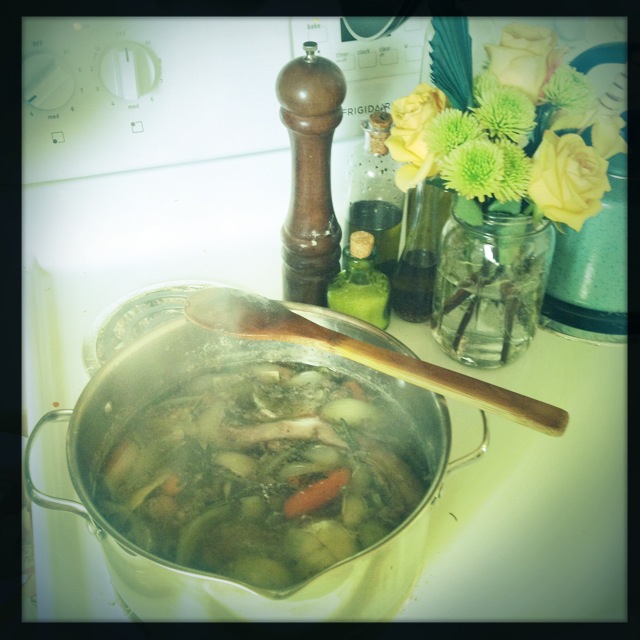 While I was doing all this cooking, Matt and Bitey spent a good portion of the afternoon asleep.  I took several pictures, but am refraining from posting more than one…. 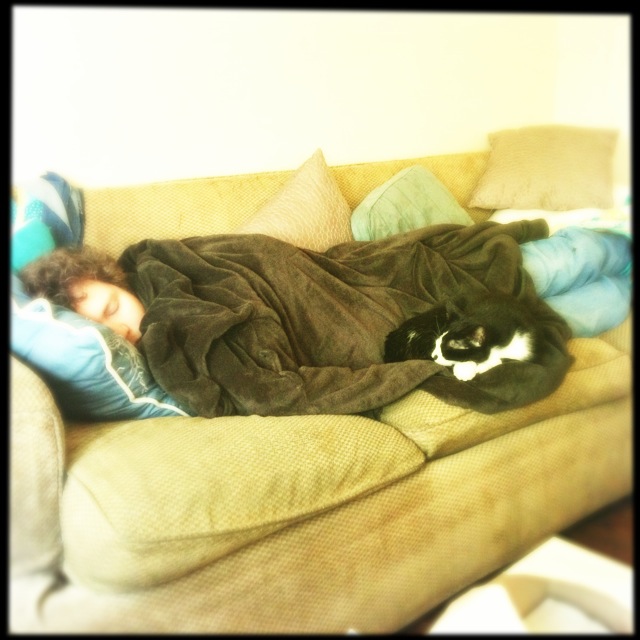 (Aren’t they cute?!  🙂 )  While I was sitting around trying not to make too much noise, and waiting for the turkey to cook, here’s one of the living room….

Anyway.  So it was a pleasant afternoon, full of good smells and naps and football once Matt woke up.

The food all turned out well – I was (and am) so pleased!  The turkey ended up being so juicy; when I was carving up the rest after dinner to put it away, there was still juice coming out.  The gravy turned out perfectly, and the stuffing – which was from a box – wasn’t bad at all.  The sweet potato casserole was delicious as always, and the mashed potatoes and green beans and rolls were as well.  The rolls were from Aldi too, but they were still good.  Bought cranberry relish in a can too – mmmmmm.  Obviously I took some pictures of the tablescape…. 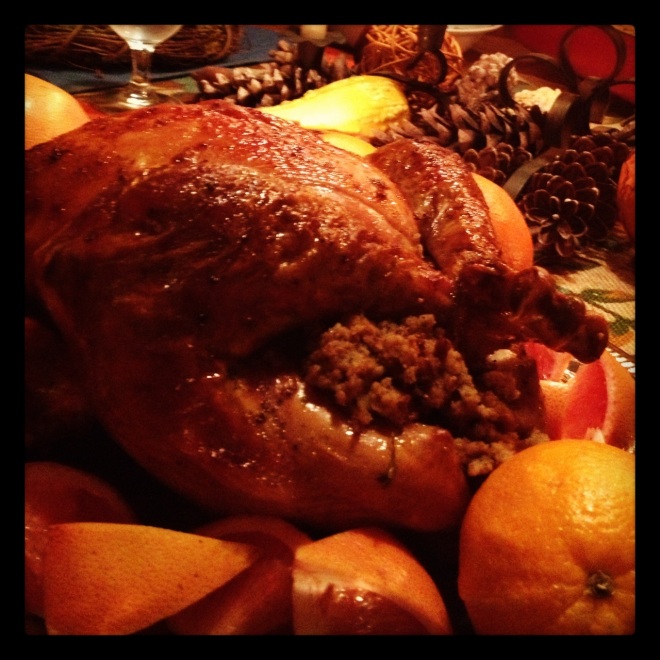 And the pie turned out perfectly as well.

So all-in-all, it was a pleasant and successful Thanksgiving.  I did miss my family a few times throughout the day, and I wish we could have been in Oak Ridge, but oh well – next year I’m hopeful that we’ll be more financially (and otherwise) stable.  I did have several things that made me feel closer to the family though, besides all the traditional foods.  I used Grandma’s plates for dinner (and her dining room table which has known many Reeve Thanksgivings at East Drive), plus the carving set and the blue sugar and cream dishes also came from East Drive.  I made Aunt Carol’s sweet potato casserole and Grandma’s Magic Chocolate pie, and wish I’d had time/energy to make one of Mom’s bread recipes.

Now I suppose I can start thinking about Christmas…………….