So as we all know, Carla and Adam got married last weekend (!!).  Stephen and I went down to Knoxville on Thursday (at like 5am) and got back home Sunday afternoon.  I think we both had an enjoyable time!  It was nice.  Here are some pictures.  (Apologies again for what seems like insubstantial blog entries…..but……..)

Also – sorry to Stephen and Rosa about the picture on the left, but after taking about 10 shots and none of them looking any good, I opted just to keep the picture where they both look bad.  At least that way, no one feels left out.

Top picture is a little moss garden from the trail gardens at UT (which were gorgeous).

I made four cakes for this wedding, and after one or two snags, I think they all turned out looking pretty good!  And they tasted ok, to boot!

In non-related news, I have started new characters in both Oblivion and Skyrim; both are altmer and both are named Faire Agarwen (Oblivion)/Agarwyn (Skyrim).  Both are mages, as I have never played a pure mage in either game and needed something new to try.  So far Agarwen is only a level 2 or 3, but Agarwyn is up to around level 13 so I’m starting to be able to use more powerful spells with her – and it’s great!  I’m about half-way through the College of Winterhold questline (which is the first one I’ve really focused on with Agarwyn).  Also I spent most of Monday getting the necessary guild recommendations for Agarwen so that she could join the Arcane University.  I left off there right before going off to get the wood for the Mage’s Staff, mostly because I didn’t feel like fighting necromancers.

Anyway, it’s fun, and I’m having fun, yes.  Again I feel compelled to say that I like the character development and leveling in Oblivion better than Skyrim just because it’s more complicated, and you can take your characters in more varied directions than in Skyrim because you can choose more specializations.

THIS one is actually me (which you should be able to tell due to the terrible xbox photo quality…).  HAHAHAHAHAHAHAHA. 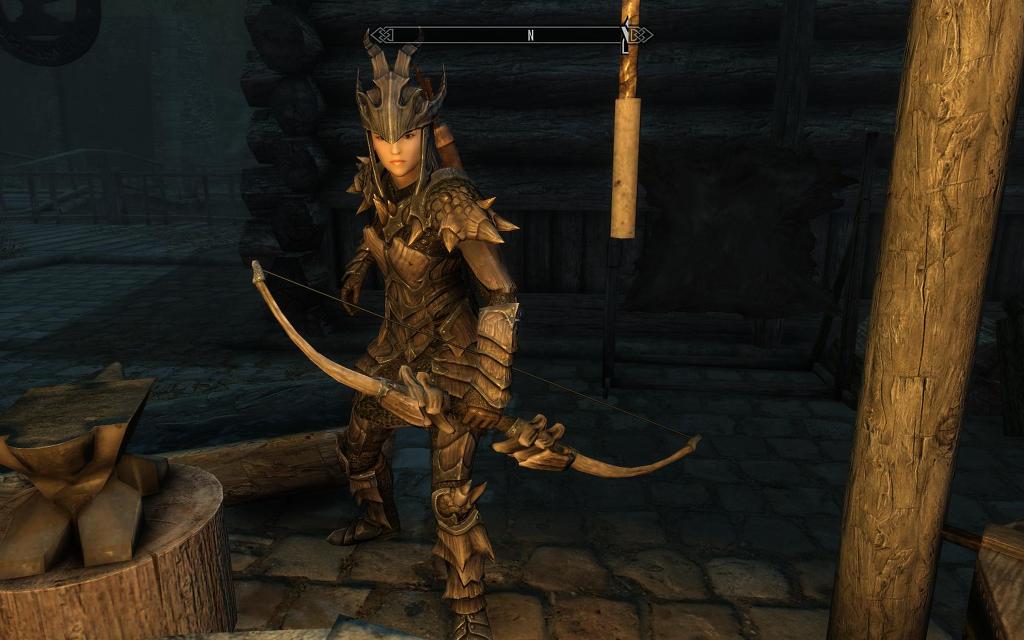