My whole head itches this morning – not just eyes and nose, but also scalp and forehead and cheeks and eye lids. WTF.

Yesterday, I mentioned to my old boss that I want to go back to her department and she suggested I wait until next week to mention it to my current boss (it’s been a hectic week in the customer service world). She also speculated that they might ask me to stick it out another 2 months just so that I will have been in this position for six months, which sounds better than four months. I guess. We’ll see. I am just tired of dreading work, and tired of having to rally the energy necessary to sound like a confident sales rep when I make phone calls. I don’t know about other people, but donning that mask takes a lot of energy for me. I don’t want to disappoint my supervisors and such, but more than that I don’t want to be miserable at work.

It’s gotten so bad that — and I may have mentioned this — I have started looking back on the B&C days fondly. Yikes!

I feel like I have so many other skill sets that I could be tapping into here which would not involve cold-calling people and learning to manipulate them (the situation, what they say, etc) for my own gain. Which is probably a jaded way to look at sales, but I can’t seem to help it. I am not cut out for this. I would rather sit in a dark room and work by myself all day (I think anyway) than make cold calls.

HOWEVER! I realize that I am being paid to do a job, and so I need to do the job.

Shamelessly stole a design for a journal from Etsy and copied it the other night. I’m actually pretty pleased with the way it turned out, though 1) stiffer leather would have been nice to have, and 2) my leather dye is really old and gloppy so there are a few gloppy patches. But overall I’m a fan. 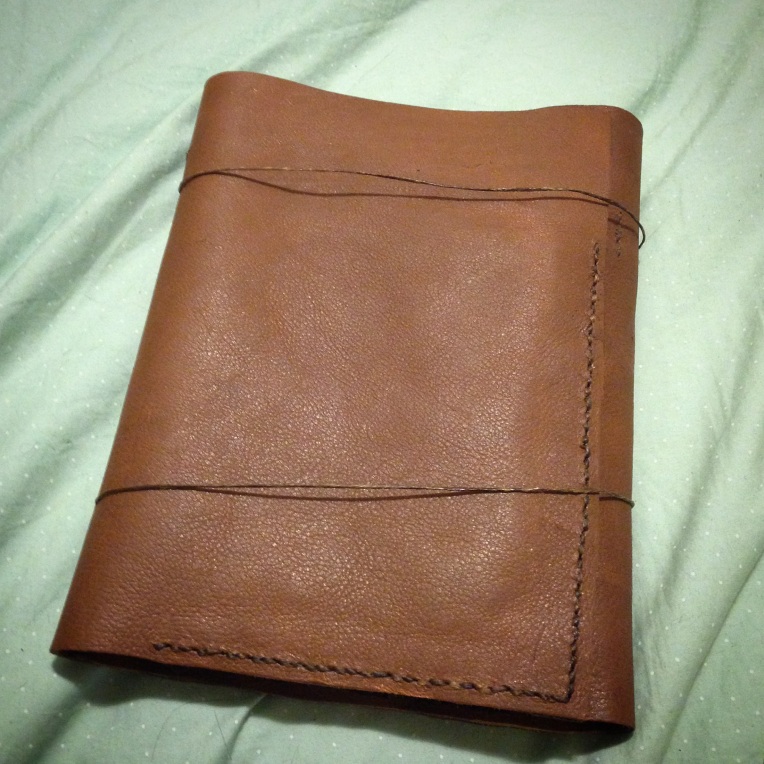 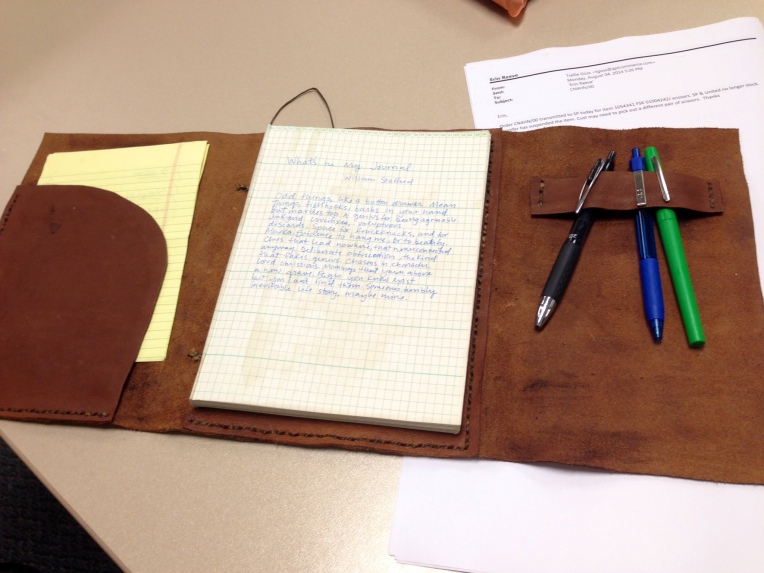 I guess that’s all I have to say right now.

One thought on “Miscellaneous”