I killed our refrigerator the other day (basically…trying to defrost the freezer I ended up puncturing something that made a huge whhhooOOOOOOSSSSSHHHHHHHHHHHHHH sound – which Google confirmed was the freon and not an easy fix).  It was kind of embarrassing, but I will say that we needed a new one anyway because this was the second time that the freezer had frozen up which kept the refrigerator from being in temp.  That, and I also had to keep a bowl in the back of it to catch water coming from…somewhere…..

Anyway, we had a new one delivered today.  But that’s not actually why I’m blogging.  The real reason is that I wanted to post some pictures of the cookies I made yesterday (with the butter and eggs that were still okay though not 41 degrees) and I feel kind of silly posting stuff on Facebook unless it’s, you know, interesting.

I got a huge bag of vintage cookie cutters at Southern Thrift a few weeks ago.

There were several more, but these were the best.  Using up the butter and eggs was a perfect excuse for making cookies and using these cutters, though (I guess if I had made them on Fat Tuesday, that would have worked just as well).  I decided not to try to ice them at all since the designs are so cute. 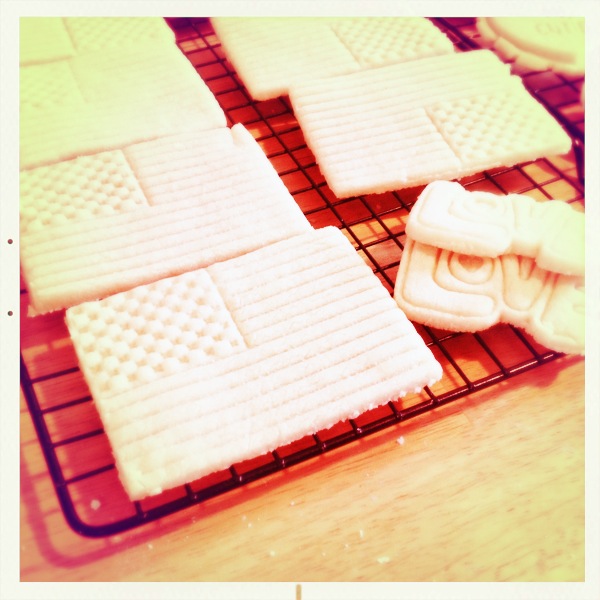 (Sorry that it’s so washed out.  I didn’t check the film setting on the app first….)

Aren’t they the cutest cookies EVER??!  Now I just need to find someone to eat them all since I will otherwise (and Matt won’t … as I believe I’ve complained about before).